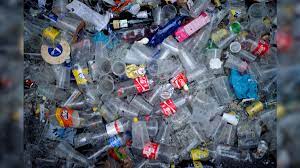 The Central Pollution Control Board has undertaken comprehensive measures to give effect to India’s commitment to ban identified single use plastic items by 30th June 2022, the Ministry of Environment, Forest and Climate Change said on Saturday.

The Central Pollution Control Board (CPCB) has adopted a multi-pronged approach to ban identified single use plastic.

The Board’s Comprehensive Action Plan encompasses measures to reduce the supply of raw materials, demand-side measures to reduce plastic demand, enabling measures to promote alternatives to SUP, digital interventions for efficient monitoring and to create awareness, and guidance to State Boards for effective implementation of directions.

As per the Plastic Waste Management (PWM) Rules, 2016, there is a complete ban on sachets using plastic material used for storing, packing, or selling gutkha, tobacco, and pan masala.

As per PWM (Amended) Rules, 2021, the manufacture, import, stocking, distribution, sale and use of carry bags made of virgin or recycled plastic less than seventy-five microns has been banned with effect from 30th September 2021 as opposed to fifty microns recommended earlier under PWM Rules, 2016.

Additionally, the notification of12th August 2021, prohibits the manufacture, import, stocking, distribution, sale and use of several identified single-use plastic items, which have low utility and high littering potential with effect from the 1st July 2022, Ministry of Environment, Forest and Climate Change said in a statement.

To curb the supply of identified items, directions have been issued at the national, state, and local level. For example, all leading petrochemical industries to not supply plastic raw materials to the industries engaged in banned SUP production, the ministry said.

Additionally, directions have been issued to SPCB/PCCs to modify/revoke consent to operate issued under Air/Water Act to industries engaged in banned SUP production. Customs authorities have been asked to stop the import of banned SUP items.

To complete the loop, Local Authorities have been being directed to issue fresh commercial licenses with the condition that SUP items shall not be sold on their premises and the existing commercial licenses shall be cancelled, if entities are found to be selling banned SUP items.

As an alternative to the existing supply, enabling measures for promoting alternatives to SUP are being actively pursued. CPCB has already issued one-time certificates to around 200 manufacturers of compostable plastic.

These certificates do not require renewal which is in line with ease-of-doing-business policy of the Government. Further, an online portal has been developed to facilitate certification of these manufacturers.

To support the MSMEs, CPCB in association with CIPET is organizing Workshops for MSMEs across the country to transition to alternatives to SUP. Three such workshops have been held at Ranchi, Guwahati & Madurai. Development of alternatives to petro-based plastics is also being pursued in collaboration with leading technical institutions like IISc and CIPET.

Previously, CPCB conducted surprise inspections of Gutkha / Pan Masala manufacturing industries across the country to check usage of plastic in packaging of their product.

“Storm In Teacup” For Macroeconomics: Top Official On Markets Turmoil

Nifty, Sensex Close On A High