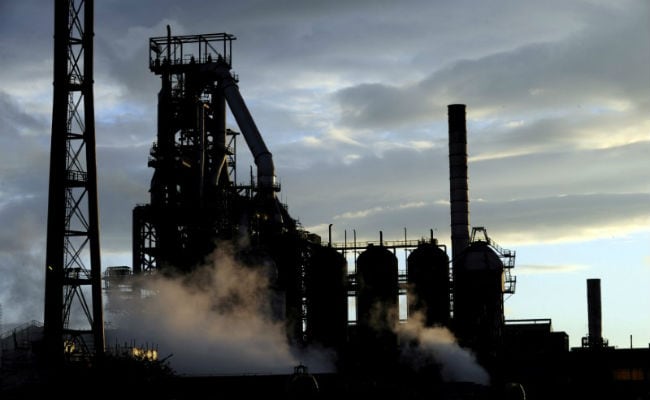 Green hydrogen is made by using renewable energy to power electrolysers to convert water.

Tata Steel on Wednesday said it would convert its heavily polluting steel mill in the Netherlands to a cleaner one powered by natural gas or hydrogen by the end of the decade, if the Dutch government would shoulder part of the costs.

In a bid to reduce its massive emissions of climate heating carbon dioxide (CO2), Tata said it aimed to replace steel production in coal-fired blast furnaces by a process fuelled by ‘green’ hydrogen, derived from wind power, by 2030.

But this could only happen with enough government support, Tata’s Dutch subsidiary said in a statement.

“This relates to subsidies, building of infrastructure for the transport of hydrogen and necessary permits”, Tata Steel Netherlands said, without providing financial details.

The company could not be reached for further comment.

Economy minister Stef Blok in a statement said he would investigate extent to which national or international subsidies would be available, without breaking European rules for state support.

Tata Steel has come under increasing pressure to clean up its act in the Netherlands, as its IJmuiden plant is one of the main polluters in the country, while toxins from the factory have been shown to pose a serious health risk for people living nearby.

Tata had previously announced plans to reduce emissions by creating a carbon capture site (CCS) under the North Sea that could trap and store CO2 emitted by the plant, before switching to hydrogen by 2040.

But faced with criticism by politicians and labour unions, Tata said it had now opted to skip the CCS option, which would also need hundreds of millions of euros in state support, and go straight for the hydrogen route.

Production at the renewed site, however, would be mainly powered by natural gas at first, as not enough wind energy is expected to be available to run it on green hydrogen in 2030.

Green hydrogen is made by using renewable energy, such as wind, to power electrolysers to convert water. In this process no CO2 is emitted, in contrast to hydrogen made through the use of fossil fuels such as coal and gas.