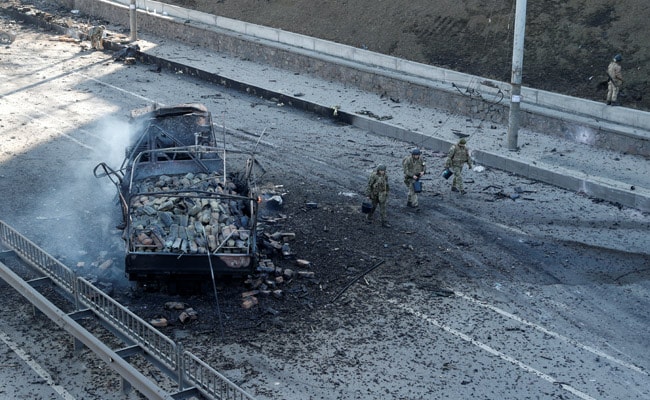 The United States on Monday blocked Americans from engaging in any transactions involving Russia’s central bank, National Wealth Fund and finance ministry in further punishment of Moscow over its invasion of Ukraine.

The fierce economic sanctions imposed by the United States and its allies on Russia’s central bank and other key sources of wealth are likely to drive Russian inflation higher, cripple its purchasing power and drive down investments, US officials said on Monday as the new measures took effect.

The move comes after the United States and its allies last week imposed several rounds of sanctions targeting Moscow, including against Russian President Vladimir Putin and Russia’s largest lenders, after the country’s forces invaded Ukraine.

“This is a vicious feedback loop that’s triggered by Putin’s own choices and accelerated by his own aggression,” a senior US administration official said.

Talks between Russian and Ukrainian officials began on the Belarusian border on Monday, as Russia faced deepening economic isolation four days after invading Ukraine in the biggest assault on a European state since World War Two.

The US Treasury Department in a statement on Monday said it had also slapped sanctions on a key Russian sovereign wealth fund, the Russian Direct Investment Fund.

The United States and its allies announced they would take action against Russia’s central bank on Saturday, in a move that experts saw as a significant escalation of the West’s sanctions against Moscow just days after Russia invaded is neighbour.

A second senior US official said the move “immobilised” any assets Russia’s central bank held in the United States in a move that will hinder Russia’s ability to access hundreds of billions of dollars in assets.

“Mr Putin’s war chest of $630 billion of reserves only matters if he can use it to defend his currency, specifically by selling those reserves in exchange for buying the rouble,” the first official said.

“After today’s action, that will no longer be possible.”

President Joe Biden’s administration has been concerned that its sanctions could raise already high gas and energy prices and has taken steps to mitigate that.

Officials on Monday also warned that the United States would not hesitate to level more consequences against Russia and that it was also watching Belarus’s involvement closely, adding that the strong Russian ally could face more consequences if it continues to aid Moscow in the invasion.