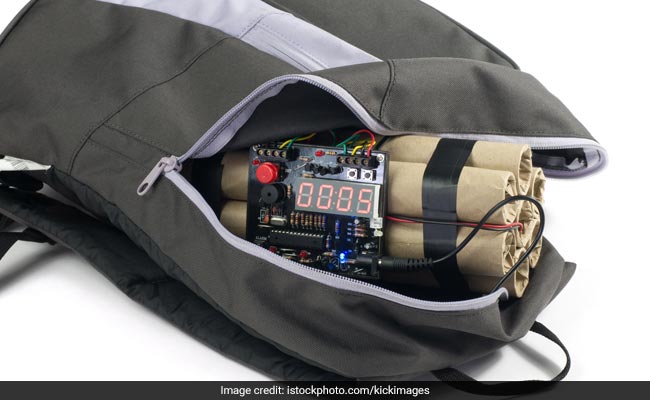 Gang is linked to at least 15 bombings on ATMs in Germany. Europol said. (Representational)

Dutch and German police have busted a criminal gang who made video tutorials on how to bomb cash machines, only to blow themselves up in the process, officials said Thursday.

One suspect was killed and another badly hurt in the Dutch city of Utrecht when a trial run went wrong at an illegal “training centre” for explosives attacks on ATMs, the EU’s police agency Europol said.

Police eventually made nine arrests during an 18-month operation targeting the gang, which is linked to at least 15 bombings on ATMs in Germany resulting in losses of 2.15 million euros ($2.5 million), it said.

“The criminals were making video tutorials which were given in person to other criminals,” a Europol spokeswoman told AFP.

“The main suspect — a 29-year-old — blew himself up when filming a tutorial video. His accomplice — a 24-year-old — was seriously injured and taken into custody,” she said.

The explosion happened in September 2020.

The police hunt began after officers in Osnabruck, Germany, identified “suspicious orders” of ATM machines from a German company, said Europol and its sister judicial agency Eurojust in a joint statement.

Surveillance led police across the border to Utrecht in the Netherlands where the 29- and 24-year-old suspects were allegedly running the training centre.

“The pair was ordering different models of ATMs and recording tutorials on how to most effectively blow them up,” the EU agencies said.

“The cash machines were blown open using homemade explosive devices, posing a serious risk for residents and bystanders,” they added.

The two men were blown up “during one of the test runs of an explosion”.

Dutch police aided by Europol arrested three people during raids in the area around Utrecht, Amsterdam and The Hague on Tuesday, during which seven properties were also searched.

Those three suspects will be extradited to Germany. The other six people were arrested in the Netherlands during the past year.

Europol said that bomb attacks against ATMs were a “growing concern” in Europe.