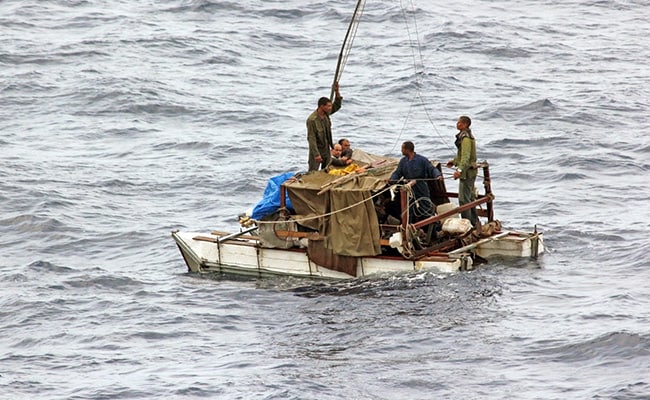 More than 100 migrants were rescued early Sunday off the island of Mykonos in the Aegean Sea and four are missing, the Greek coastguard said.

Port police responded to a distress call sending three boats and a tug boat to help the stricken vessel which had come from Turkey, the coastguard told AFP.

It said 108 people were saved and four were missing.

The total number on board is unconfirmed due to contradictory information from those rescued, it added.

Migration Minister Notis Mitarachi had earlier tweeted that eight migrants were missing and 104 had been rescued.

He also called for Turkey to do a better job in order to protect human lives and eradicate smuggling networks.

In May, Greek authorities said they had prevented around 600 migrants from crossing the Aegean Sea into its territorial waters from neighbouring Turkey in one day, in the largest attempted entry this year.

A migration ministry source had said migration flows to the Greek islands in the first four months of 2022 were nearly 30 percent higher than in the same period last year.