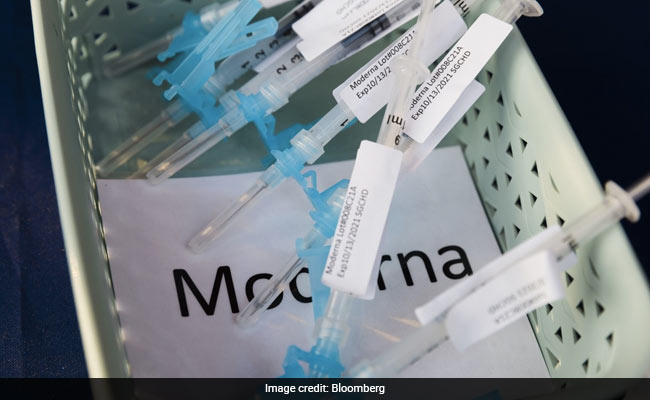 Covid Vaccine Impact On Heart: The study looked at 38 million people over 16 years old across the UK.

The rare form of heart inflammation some people get after a Covid shot occurs far less often in response to vaccination than after the disease itself, according to the largest study to date on the topic.

A first dose of the vaccines from AstraZeneca Plc, Pfizer Inc. or Moderna Inc. can raise the risk of myocarditis — an inflammation of the heart muscle — as can the second Moderna shot, researchers said Tuesday. The two messenger RNA vaccines from Pfizer and Moderna only increased the risk for people under 40.

The scientists from the University of Oxford found that the number of cases of myocarditis was at least four times greater after Covid-19. The vaccine risk, though rare, is a key sticking point in the U.K. debate over authorizing shots for children.

“We know the Covid-19 vaccines are highly effective at reducing risks of severe outcomes,” said Julia Hippisley-Cox, professor of clinical epidemiology and general practice at Oxford, who led the study. “However, it is important that we know about and identify the risks of these rare conditions from vaccines as well, to ensure that clinicians know what to look for, aid earlier diagnosis, and inform clinical decision-making.”

The study looked at 38 million people over 16 years old across the UK, examining the occurrence of cardiovascular complications within 28 days of vaccination or a positive Covid-19 test.

The researchers estimated that the extra cases of myocarditis were between 1 and 10 per million persons in the month following vaccination, compared with 40 such events per million after infection with SARS-CoV-2.

The study also showed a higher risk of pericarditis — a more localized form of inflammation — and irregular heartbeat after getting Covid-19. The second dose of Moderna is associated with a higher risk of arrhythmia, according to the scientists.

This research didn’t include booster doses, which are a hot topic as governments weigh potential side-effects against lifting the immunity of their populations as the new omicron variant spreads around the world. Other limitations include the fact that young people aged between 16 to 40 were underrepresented in the sample, compared to those over 40 who took part.

In the U.S. the Food and Drug Administration has previously determined that the benefits of vaccination in individuals between 16 and 17 years outweighed the myocarditis risk.