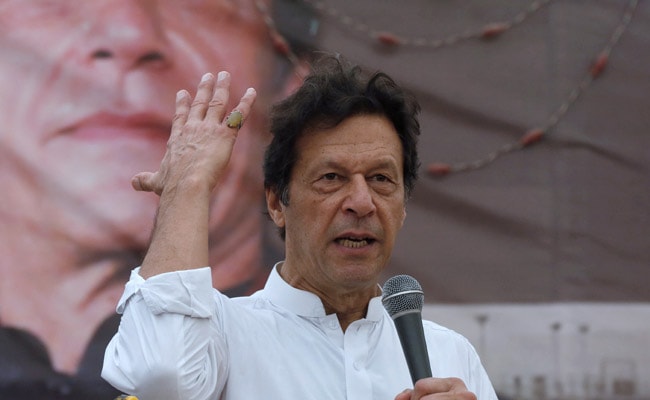 No Pakistani prime minister has ever completed a full five-year term in office. (FILE)

Pakistan’s embattled Prime Minister Imran Khan on Saturday night rejected reports that he had dismissed Army chief General Qamar Javed Bajwa, amidst the raging political and constitutional crisis in the country over a no-confidence motion against him in Parliament.

Talking to a group of journalists, Mr Khan rejected rumours about making any change in the Army leadership.

“There was neither any talk of dismissing the army chief nor was this on the cards,” Mr Khan told journalists after chairing an emergency Cabinet meeting where it was decided that he should not resign despite losing majority in the National Assembly and facing a possible defeat in the no-confidence motion which he has been trying to stall.

“I will do my job as per the law and in line with the Constitution,” he was quoted as saying by Geo TV.

The emergency Cabinet meeting has taken many by surprise as Khan has little chance of surviving the no confidence motion against him.

“If the NA speaker and the government don’t act on the clear directives of the Supreme Court, then General Bajwa should play his role in this situation of crisis,” Khokhar tweeted.

“Yes! He should issue a statement that he stands with the decision of the Constitution, democracy and the Supreme Court,” he added.

Mr Khan, who came to power in 2018 with promises to create a ‘Naya Pakistan’, apparently lost support of the powerful Army after he refused to endorse the appointment of the ISI spy agency chief last year.

Finally, he agreed but it soured his ties with the powerful Army, which has ruled the coup-prone country for more than half of its 75 years of existence and has hitherto wielded considerable power in the matters of security and foreign policy.

Mr Khan wanted to keep Lt Gen Faiz Hameed as the spy chief but the army high command transferred him by appointing Corps Commander in Peshawar.

Interestingly, no Pakistani prime minister has ever completed a full five-year term in office.