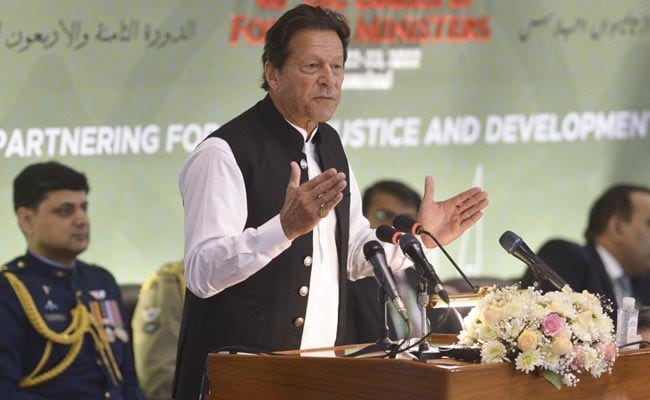 “I am not against any country. I am not anti-Indian or anti-American,” Imran Khan said (File)

Claiming that he was not “anti-Indian or anti-American” or against any country, Pakistan Prime Minister Imran Khan on Monday said he wanted good relations with all nations based on mutual respect.

Addressing a televised public interaction programme, a day after members of his Pakistan Tehreek-e-Insaf party blocked a vote of no-confidence against him in the National Assembly and got President Arif Alvi to dissolve the lower house, Khan attacked the Opposition parties.

The joint opposition’s strategy of looking towards the Supreme Court instead of preparing for elections following the dissolution of the National Assembly was a sign that it “fears the reaction of the public,” he said.

Responding to a question amidst the controversy over an alleged foreign letter that threatened his government, Mr Khan, who has been asked to continue as prime minister by the president till a caretaker premier was appointed, said he was not against foreign countries.

“I am not against any country. I am not anti-Indian or anti-American. But we can be against policies. I want friendship with them and there should be respect,” Mr Khan was quoted as saying by the Dawn newspaper.

Mr Khan said that he did not feel mal-intent towards the US, but rather aimed towards a mutual friendship with the superpower, free from interference in domestic affairs against public interest, The Express Tribune reported.

He said he was against countries that disrespect other sovereign countries and simply issue orders. He called out Opposition parties, alleging that “they served these foreign countries as their yes man”.

Mr Khan’s comments came a day after he named senior US diplomat Donald Lu as the person who was allegedly involved in the “foreign conspiracy” to topple his government through a no-confidence vote tabled by the Opposition.

Mr Khan, in his Q&A session said he wanted to tell his nation to never “become slaves” to any country just because of being under debt.

“In that case, death is better than slavery.” Mr Khan said he opposed the US-led war in Afghanistan, but he had never been anti-US.

He further said that he wanted good relations with all the countries based on mutual respect, adding that he would not accept any policies which were against the interests of the people of Pakistan.

“Death is better than such servitude,” he was quoted as saying by the official APP news agency.

The prime minister said that it was an insult to the whole country when a ruler of 220 million people held talks with the president of a powerful country by holding a paper in his hand.