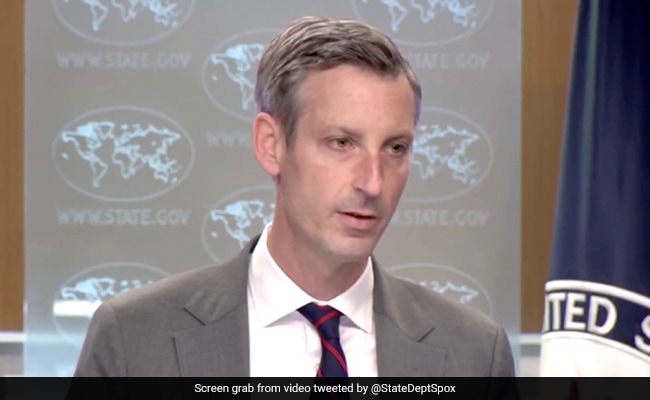 India is home to a great diversity of faiths and the Biden administration will continue to encourage it to uphold its commitments to protect religious freedom for all, a top US official has said, days after America designated 12 countries, including China and Pakistan as “countries of particular concern”.

US Secretary of State Antony Blinken on Friday designated 12 countries, including China, Pakistan and Myanmar, as “countries of particular concern” for the current status of religious freedom in these nations. He said around the world, governments and non-state actors harass, threaten, jail, and even kill individuals on account of their beliefs.

Responding to a question on why India was not designated by the US government as a Country of Particular Concern on the issue of human rights, State Department Spokesperson Ned Price said that India was the world’s largest democracy and home to a great diversity of faiths.

“Our annual report on international religious freedom outlines some of the concerns we’ve taken note of when it comes to India. We continue to carefully monitor the religious freedom situation in all countries and that includes India,” Price told reporters here on Tuesday.

The Biden administration will continue to encourage the Indian government to uphold its commitments to protect religious freedom for all, he said.

“We engage officials regularly on steps they can take to advance religious freedom. As the world’s two largest democracies, the United States and India, are also committed to an enduring project,” he said.

This is the project that Secretary Blinken spoke to previously. The project that as our founders put it, of striving to form a more perfect union. This is a project for both of our countries, Price said.

“We have worked together, and we can work together to show that our democracies can meet our peoples’ needs. We must continue to hold ourselves to our core values including respect for human rights like freedom of religion and freedom of belief or expression,” he said in response to a question.

“That, in turn, makes our respective democracies even stronger. Secretary Blinken, given the totality of the facts and the circumstances, determined that religious freedom concerns in India do not warrant a country of particular concern designation or placement on the special watch list. But, these are conversations that we continue to have with our Indian partners and with partners around the world,” Price said.

India has previously rejected criticism by foreign governments and human rights groups on allegations that civil liberties have eroded in the country.

The Indian government has asserted that India has well-established democratic practices and robust institutions to safeguard the rights of all.

The government has emphasised that the Indian Constitution provides for adequate safeguards under various statutes for ensuring the protection of human rights.

Ahead of the announcement of the annual designation by the State Department, there were massive lobbying efforts by groups like Indian American Muslim Council and pressures from organisations like the US Commission for International Religious Freedom to designate India as a Country of Concern.

In the US State Department 2021 Report on International Religious Freedom, the India section of the report mentioned incidents of attacks on religious minorities.

India in June this year rejected its criticism in the US State Department report on religious freedom, saying it is unfortunate that “vote bank politics is being practised in international relations”.

External Affairs Ministry Spokesperson Arindam Bagchi said the observation on India in the report is based on “motivated inputs and biased views”.

“We have noted the release of the US State Department 2021 Report on International Religious Freedom, and ill-informed comments by senior US officials,” Bagchi said.

“It is unfortunate that vote bank politics is being practised in international relations. We would urge that assessments based on motivated inputs and biased views be avoided,” he had said.