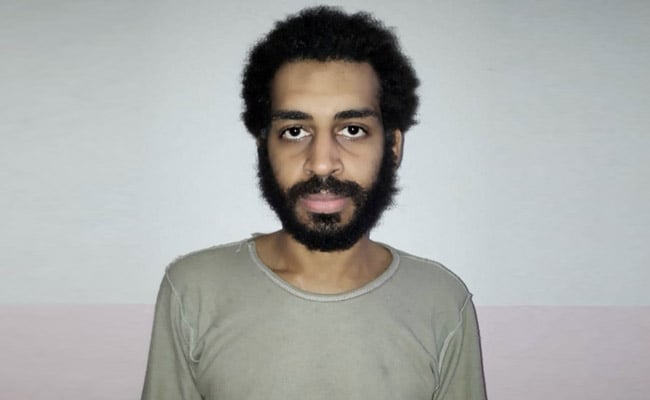 The terrorist was a citizen of UK, but the British government withdrew his citizenship. (File)

A member of the ISIS group nicknamed “The Beatles” that beheaded American hostages is due to face a US judge on Friday who will determine whether to subject him to a lifetime of near-solitary confinement.

Hostages held by Kotey and his fellow terrorists nicknamed them “The Beatles” for their British accents. The hearing is expected to include hours of emotional testimony from victims’ family members.

The charges carry a mandatory life sentence, but Ellis will make a recommendation about Kotey’s prison facility and whether he should be separated from other inmates in near-solitary confinement.

In a court filing, Kotey’s lawyers urged Ellis to take into consideration Kotey’s acceptance of guilt and his agreement to provide information to U.S. investigators.

US authorities have advised British officials that prosecutors will not seek the death penalty against Kotey.

Kotey was a citizen of the United Kingdom, but the British government withdrew his citizenship. His ISIS cell took journalists and aid workers hostage, tortured them and circulated videotapes of gruesome beheadings on the internet.

Kotey admitted to inflicting torture on hostages, including waterboarding and electric shocks with a stun gun.

Ellis is scheduled to sentence Elsheikh in September.

A third member of the “Beatles” group, Mohammed Emwazi, died in a US-British missile strike in Syria in 2015.