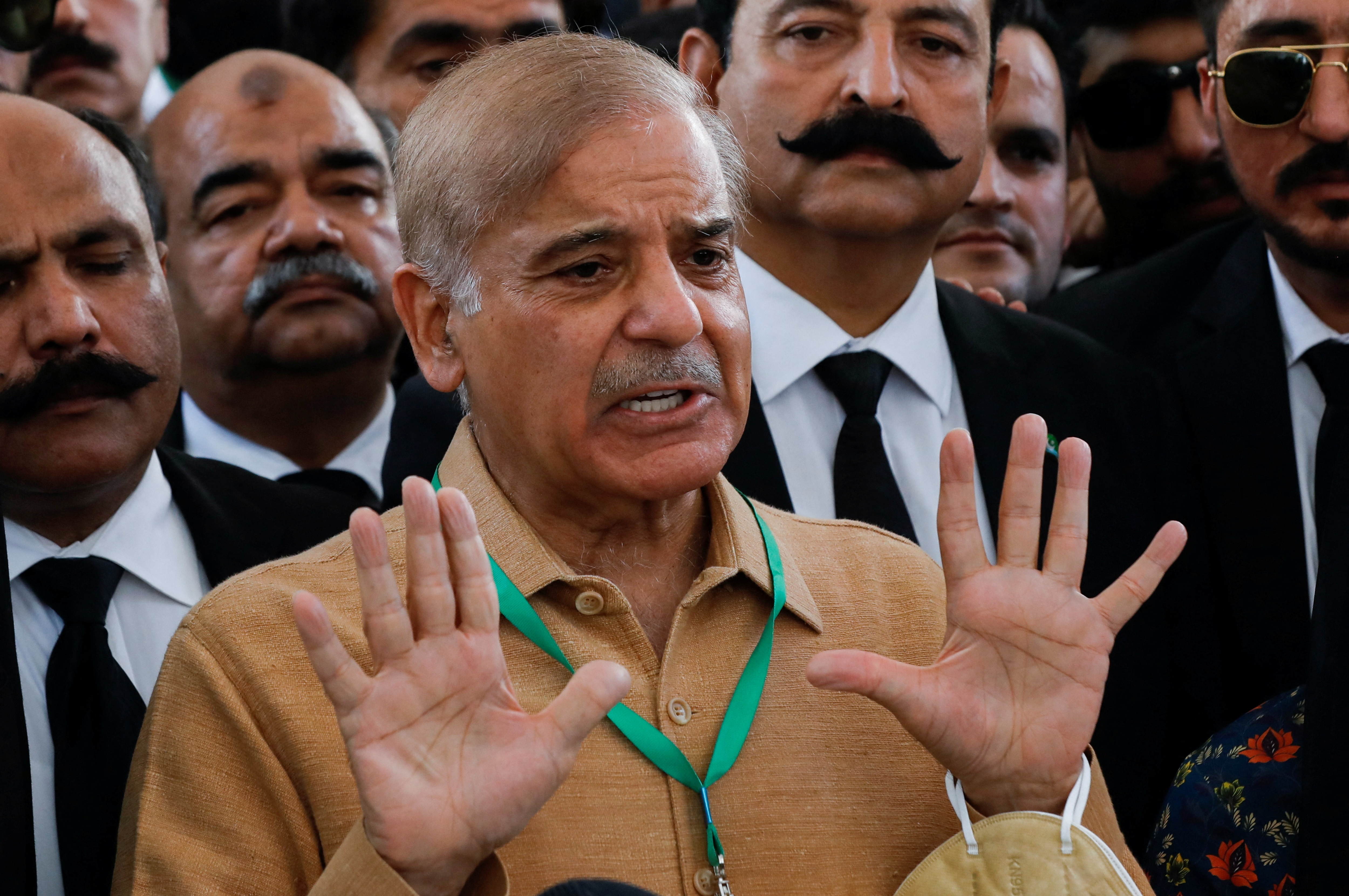 Shehbaz Sharif said that final decision on polls will be made by the coalition parties.(Representational)

Prime Minister Shehbaz Sharif said on Sunday that the Pakistan government is not in favour of any narrative against the United States and will try to improve ties with the superpower, Pak media reported.

While talking to reporters in Lahore, Shehbaz Sharif said that the word ‘revenge’ doesn’t lie in their dictionary. However, the law will find its own way. He vowed that the government will control the inflation rate soon, ARY News reported.

Referring to Imran Khan’s protest, Shehbaz Sharif said, “Interior Minister Rana Sanaullah has given prime minister-level security to him. If Imran Khan leads a march towards Islamabad within the legal boundaries, then he will be granted permission. The law will stop them from marching toward the federal government if they give statements of bloodshed.”

Regarding the fresh polls in Pakistan, Prime Minister Sharif said that the final decision will be made by the coalition parties.

“Those who called me just an administrator are now witnessing my political moves. An electoral alliance cannot be ruled out for the next elections,” Shehbaz Sharif said.

While answering a question of the journalist regarding Nawaz Sharif’s return, Pakistan Prime Minister said that he will immediately return to the country after recovering his health. He further added that Nawaz Sharif’s case is a judicial and legal affair, as reported by ARY News.

Earlier in the day, Imran Khan vowed to bring more than 3 million people to Islamabad after May 20 for a protest march, reported The Express Tribune.

Addressing a political gathering in Abbottabad, Imran claimed, “It is my faith that no matter how many containers they will erect, more than 3 million people will reach Islamabad.”

He further said that the PTI supporters would reach Islamabad against the ‘imported government’, The Express Tribune reported.

“This nation will never accept the robbers who came to power through an American conspiracy,” Khan further alleged as he tried to recall his conspiracy theory.