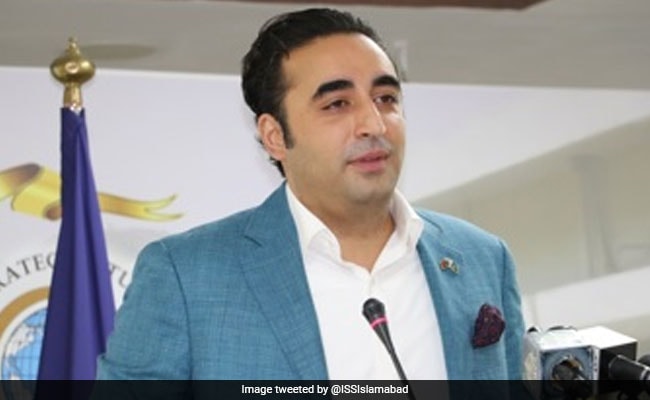 Pakistan has been on the grey list of the FATF since June 2018. (File)

Pakistan’s Foreign Minister Bilawal Bhutto Zardari said on Sunday that his country was committed to follow international standards related to the counter-terrorism financing and anti-money laundering.

The Paris-based global money-laundering and terror-financing watchdog said on Friday that Pakistan will continue to be on the “Grey List” of countries under increased monitoring of the Financial Action Task Force (FATF).

It said Pakistan may be removed from the list after an on-site visit to verify the implementation of its reforms on countering terror-financing mechanisms.

“Let me reiterate the Government of Pakistan’s high-level commitment to continue aligning our AML/CFT (Anti-Money Laundering/Combating the Financing of Terrorism) regime with global standards,” Bilawal Bhutto Zardari said in a statement.

He said that Pakistan is committed to continuing this positive trajectory of reforming the financial sector as part of its larger strategic objective of strengthening its economy.

The foreign minister also expressed hope that this “good news” from FATF will restore confidence in Pakistan’s economy and act as a catalyst for sustained growth and development.

“I welcome FATF’s unanimous acknowledgement of completion by Pakistan of its 2018 and 2021 Action Plans,” he said, commending the hard work and efforts of Pakistan’s FATF team.

“This was the result of concerted national efforts and complete harmony of interests by all stakeholders,” he said.

Bilawal Bhutto Zardari said Pakistan looked forward to the on-site visit and a successful and early culmination of the process leading to Pakistan’s exit from the grey list.

Pakistan has been on the grey list of the FATF since June 2018 for failing to check money laundering, leading to terror financing, and was given a plan of action to complete the task by October 2019.

With Pakistan’s continuation on the grey list, it had increasingly become difficult for Islamabad to get financial aid from the International Monetary Fund (IMF), the World Bank, the Asian Development Bank (ADB) and the European Union, thus further enhancing problems for the country.

The FATF is an inter-governmental body established in 1989 to combat money laundering, terrorist financing and other related threats to the integrity of the international financial system.

The FATF currently has 39 members including two regional organisations — the European Commission and Gulf Cooperation Council. India is a member of the FATF consultations and its Asia Pacific Group.