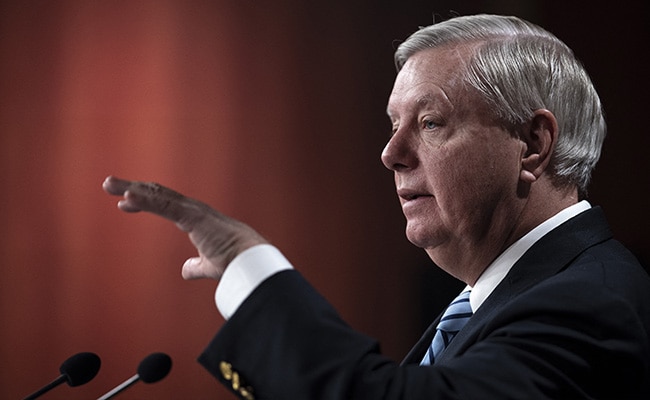 China must pay a greater price for backing Russia’s invasion of Ukraine, a senior United States senator said Friday, during a trip to Taiwan in which American lawmakers vowed that Washington would not abandon the island.

Beijing threatened “strong measures” in response to the delegation led by Lindsey Graham, a vocal China hawk, which arrived in Taipei late Thursday for a two-day visit.

China has never controlled democratic Taiwan but it views the island as part of its territory and has vowed to one day seize it, by force if necessary.

Russia’s recent invasion of Ukraine — which Beijing has refused to condemn — has heightened fears that China might one day follow through on threats to annex its smaller neighbour.

During a meeting with President Tsai Ing-wen, Graham said the United States would “stand for what we love, we would stand with you”.

“To abandon Taiwan would be to abandon democracy and freedom… it would reward the worst in humanity.”

“We are going to start making China pay a greater price for what they are doing all over the world. The support for (Russian President Vladimir) Putin must come with a price,” he added.

“Those who wish Taiwan ill must understand that the global community will look at that and say we cannot allow Taiwan to be negatively impacted because the world’s interests are involved,” he said at a separate press conference.

When asked if Washington should send troops to help defend Taiwan in the event of a Chinese attack, Graham said “every option is on the table.”

“We have a strong military not to take other people’s properties but to protect our freedom and the freedom of the world,” he told reporters.

Like most nations, the United States diplomatically recognises Beijing but also maintains de facto ties with Taipei and is bound by an Act of Congress to ensure Taiwan can maintain its defence.

US arms sales and diplomatic visits to Taiwan have ticked up under both former president Donald Trump and his successor Joe Biden.