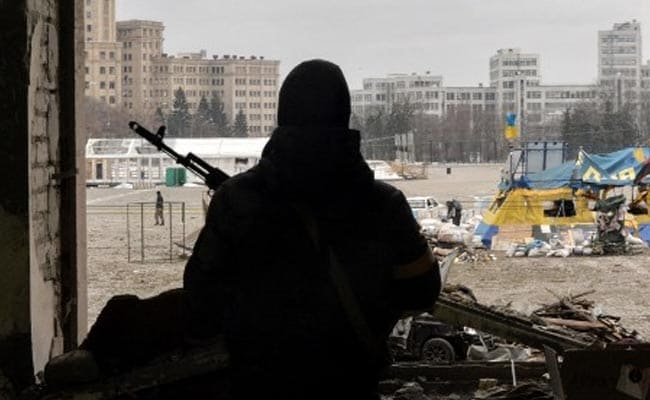 But while they have proved their worth in several recent conflicts — from Syria to Libya to Nagorno-Karabakh — the terrain this time is less favourable, experts say.

Kyiv has around 20 Bayraktar TB2 drones, built by the Turkish military.

Relatively cheap and effective, President Recep Tayyip Erdogan has been their number one salesman, securing deals with around 15 countries around the world.

The Ukrainian ambassador in Ankara has regularly tweeted images of explosions attributed to the drones, targeting Russian columns and artillery, with accompanying phrases like: “#Bayraktar — “Mashallah (God be praised)” and strings of joyous emojis.

“These TB2 strikes are, in comparison to ground combat, relatively small in number, but important for Ukrainian morale precisely because it shows Russia does not control the skies,” said Aaron Stein, of the Foreign Policy Research Institute.

But the positive assessment also rests on Russia’s surprising reticence to use its full airpower.

“The Russian air campaign has baffled experts, including myself, who made the incorrect assumption that they would be far more active over Ukraine,” said Stein.

Russian air power will overwhelm Ukraine’s drones “at some point in the near future,” he predicted.

Several conflicts in recent years have offered a shop window for Turkey’s drones.

They were a determining factor in Nagorno-Karabakh in November 2020, giving Azerbaijan’s forces the edge over Armenia in the disputed region.

In Libya a year earlier, they were crucial to repelling a protracted offensive by rebel commander, General Khalifa Haftar, against the government in Tripoli.

Turkey has also deployed drones against Kurdish militants and government forces in Syria — the latter backed by Russia.

“Turkey has reinvented the Kalashnikov of the 21st century,” they added — a reference to the AK-47 rifle created by the Soviet Union that flooded war zones around the world due to its ease of use and cheap price tag.

The TB2 is 6.5 metres long and half the weight of its US counterpart, the Reaper, carrying four laser-guided munitions.

“The fact that a relatively light and inexpensive drone could not only evade but actively search out and destroy modern surface-to-air missile and electronic warfare systems, while suffering little losses in return, has rightfully garnered worldwide attention,” said Stijn Mitzer and Joost Oliemans, of the specialist ORYX blog.

“The result of the TB2’s entry into combat was a stunning upset of the status quo, forcing many countries to rethink their approach to defence.”

However, Ukraine’s inventory is limited.

It lost at least one drone in the first days of the conflict, said Sinan Ulgen, of the Edam think tank in Istanbul.

And although deals had been signed to produce Turkish drones in Ukraine, work had yet to begin and it is unclear if further drones are available for purchase.

Kyiv used the TB2 for the first time last October to strike a Russian separatist artillery position in the Donbas region of eastern Ukraine.

But it has likely lost a crucial element of surprise.

“They may have been game changer in Nagorno-Karabakh, Libya and Syria,” said Ulgen.

“But for these drones to be effective, they need to operate in an environment with no air threat.”

They may be able to hit scattered Russian equipment, Ulgen added, but are unlikely to reach the most important and best protected assets, particularly those stationed around the capital.

Twenty drones is “just not enough the tip the tide of battle, even if they were highly effective,” agreed Mark Cancian, of the Center for Strategic and International Studies in Washington.

“We should keep in mind that the Russians have an estimated inventory of 500 UAVs (unmanned air vehicles), many of which are more capable than Ukraine’s. Russia is certainly using them as well.”