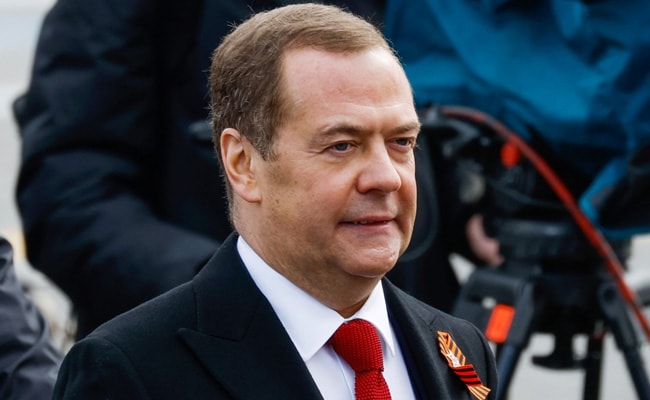 Russia-Ukraine War: Russia and United States control about 90% of the world’s nuclear warheads.

Former Russian President Dmitry Medvedev said on Monday that there was no point having any nuclear arms reduction talks with the United States and that Moscow should wait until the Americans begged for negotiations.

Russia and the United States, by far the world’s biggest nuclear powers, have negotiated a series of major strategic nuclear arms reduction treaties since Ronald Reagan came to power in 1981.

But Russia’s invasion of Ukraine has triggered the most serious disruption in relations between Russia and the West since the 1962 Cuban Missile Crisis, when many people feared the world was on the brink of nuclear war.

Medvedev, while president from 2008-2012, signed New START (Strategic Arms Reduction Treaty) in 2010 with Barack Obama in Prague which was extended in February 2021 for five years until 2026.

“Now everything is a dead zone. We don’t have any relations with the United States now. They are at zero on the Kelvin scale,” Medvedev said on Telegram of discussions about a new strategic nuclear arms reduction treaty.

“There is no need to negotiate with them (on nuclear disarmament) yet. This is bad for Russia,” said Medvedev, who currently serves as deputy chairman of the Russian Security Council. “Let them run or crawl back themselves and ask for it.”

Russia and the United States control about 90% of the world’s nuclear warheads, with around 4,000 warheads each in their military stockpiles, according to the Federation of American Scientists.

Medvedev, who when president sought to present himself as a reformer who wanted better relations with the West, suggested that Moscow should get tougher with the United States.

“There is another proven method of communicating with America on this topic with a shoe on the UN rostrum. It used to work.”

Angered by criticism of the Soviet Union “swallowing up” parts of Eastern Europe, Khrushchev in 1960 waved a shoe at the General Assembly and, according to the New York Times contemporaneous report, banged it on his desk.