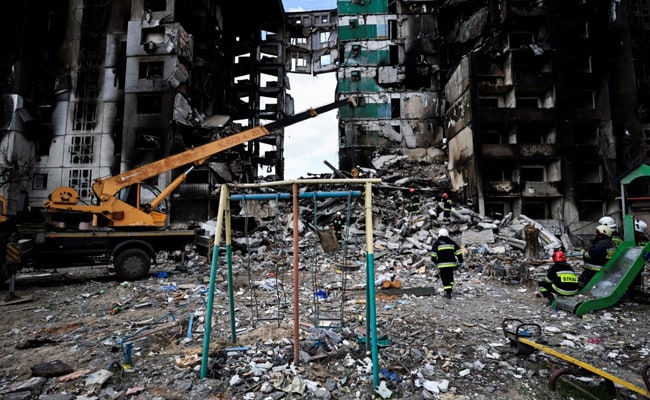 Ukraine War: Ukraine said the total death count in Borodyanka has risen to 19 found in the rubble. (File)

Ukraine recovered the bodies of seven people buried in the rubble of two destroyed high-rise housing blocks in the town of Borodyanka near Kyiv on Monday, the state emergencies service said.

More than 200 rescue workers have been scrambling to find missing residents since Ukraine retook the city west of Kyiv after Russian troops began pulling back from the region late last month.

The recovered bodies pushed the total death count there to 19 people found in the rubble, the state emergencies service said in a statement.

President Volodymyr Zelensky has said that the situation in the town of Borodyanka is “significantly more dreadful” than in nearby Bucha, where Ukraine has accused Russia of war crimes.