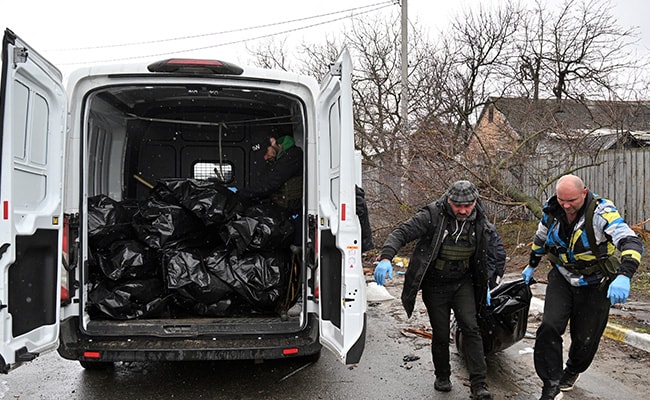 “What we’ve seen in Bucha is not the random act of a rogue unit,” Antony Blinken said (File)

US Secretary of State Antony Blinken on Tuesday said the killing of Ukrainians in Bucha was part of a deliberate campaign “to kill, to torture, to rape.”

“As this Russian tide is receding from parts of Ukraine, the world is seeing the death and destruction left in its wake,” he told reporters as he flew to Brussels.

“What we’ve seen in Bucha is not the random act of a rogue unit. It’s a deliberate campaign to kill, to torture, to rape, to commit atrocities. The reports are more than credible. The evidence is there for the world to see.

Blinken said the United States was working with others to gather evidence to assist the Ukrainian prosecutor general and the UN Human Rights Council in investigations.

“Information that we’d seen going into the aggression suggested that this would be part of the Russian campaign,” Blinken said. “Horrifically, tragically what we’re seeing in Bucha, and in other places, supports that.”

“But in all of these instances, there’s a very important effort to put the evidence together.”

In a hearing in Congress Tuesday, US Defense Secretary Lloyd Austin said the Pentagon was seeking to determine which Russian unit or units were involved in Bucha.

“We continue to research, and there will be significant effort going into matching elements that were present with a time that these events probably occurred,” Austin said.

“We don’t know for certain but we will continue to research,” he said.