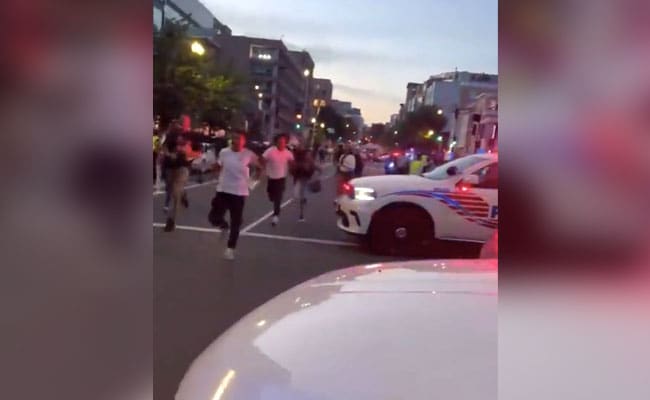 The clip has been posted on Twitter by National Fraternal Order of Police, a police union in the US

Fear and chaos at the Washington, DC street where a shooting reportedly left one teenager dead and several others, including a police officer, injured, has been captured in a video.

The clip has been posted on Twitter by National Fraternal Order of Police, a police union in the US. It starts on a crowded street where several police vehicles and men in the uniform are seen.

Then four shots are heard and people are seen running for cover in panic.

The video then shows a corner where police officers appear to be monitoring their injured colleague.

“Three civilians – two adults and one juvenile – were shot. One police officer was also shot at. The police officer and two victims are recovering at a hospital. One victim, the juvenile, it appears is deceased at this point,” Metropolitan Police Department chief Robert J Contee said in a briefing.

The shooting took place during Moechella, described as an “Advocacy Festival Amplifying the Culture of Washington DC”, Fox News reported.

In the wake of recurrent incidents of gun violence in the US, President Joe Biden has said that the country needs to have tougher regulations for owning weapons for the sake of protecting children and families.