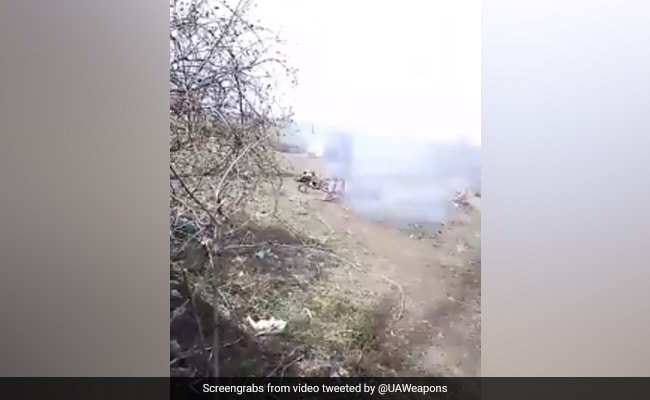 The Orion drone was shot down by Ukrainian soldiers using the UK-supplied Starstreak missile.

Ukrainian soldiers have been filmed celebrating after shooting down a Russian drone in the ongoing war. The location or the date of the incident has not been revealed in the video, but it appears to show British-made Starstreak missiles bringing down an Orion drone of the Russian army, according to Express.

The laser-guided missile travels at more than three times the speed of sound. It is part of Britain’s assistance to Ukraine.

#Ukraine: The first video of a UK-supplied Martlet multirole missile – not a Starstreak as widely claimed – in action with the Ukrainian troops. As reported, it took out a Russian Orlan-10 UAV and this appears credible given the reaction, but we cannot see precisely what was hit. pic.twitter.com/i6sP6649h6

The Orion Combat UAV, the most advanced drone, has been used extensively by the Russian military in the Ukraine war. According to Russian Defence Minister Sergei Shoigu, the Orion was tested for strike missions in Syria in 2019.

The video of the Ukrainian missile strike has been shared by a soldier Yuriy Kochevenko. He thanked Britain for supplying the missile system, saying Kyiv makes excellent use of friends’ support.

In the video, a group of Ukrainian soldiers can be heard cheering triumphantly as the drone comes down. “There’s contact, we destroyed the sh**,” one of the soldiers is heard saying in the video, according to Daily Mail.

This is yet another jolt given by the Ukrainian forces to the Russian army.

Last week, a Russian military chopper was split into two after being attacked by the Starstreak missile used by the Ukrainian army. A video of the incident circulating online showed the tail of the Mi28N breaking after being hit by the missile.

Ukrainian President Volodymyr Zelenskiy said on Monday that thousands of Russian troops were massing for a new offensive in the east, and Russia said it would not halt its military operation in Ukraine for any further peace talks.

Russian forces were also pushing to establish control over the southern port city of Mariupol, the lynchpin between Russian-held areas to the west and east and already devastated by weeks of siege and bombardment.

About a quarter of Ukraine’s 44 million population have been forced from their homes, cities turned into rubble, and thousands of people have been killed or injured – many of them civilians.